I was exceptionally pleased with myself that I managed to turn off the alarm this morning and get up instead of going back to sleep.  I still have jet lag and have only had a couple of hour’s sleep but feel OK. Still I was the last one to arrive in the room for my course which started at 8.30 (I was 2 minutes early) so the others were obviously keen. Must do better tomorrow!

There are 28 of us doing Advanced Genealogical Methods – all Americans and me so naturally the focus is on US records but the methodology applies regardless of where the records are held. The first session of the day was an overview of the course followed by introductions all round.  Paul, the coordinator, asked us to mention where and when we did our first genealogical trip.  Some were like me and had started many years ago while others were quite recent, as in the last five years or so. This session was followed by ones on evidence and proof and probate records with the last session of the day on US government records. This was very specific so it had little relevance to me but it was interesting to see what records are online and how they can be accessed.

Morning tea is hot drinks only – no biscuits or snacks and you have to get your own lunch. Some people purchased the meal deal with the Hilton which was $US20 – about $AUD25.  I opted for a sandwich at the Starbucks counter in the Hilton but this was almost as expensive.  I remembered America being much cheaper than home but it isn’t the case now.  I wouldn’t pay almost $AUD20 for a small chicken and salad roll and small cold drink but perhaps it is because the Hilton knows it has a captive audience.  The issue for me is that it was snowing in the morning – by the afternoon it had cleared and the sun came out.  I have boots but they are not designed to walk in ice and slush and as I am here for just over 7 weeks, I don’t want any broken limbs.

The worst part of the day was that the room was absolutely freezing.  Even those who live here in Utah were complaining about it and apparently there was nothing that could be done to ramp up the heat.  Once you left the course rooms and went into the corridors outside, the temperature was quite normal and so my coat would come off outside and then be put on again once I was back in the room.

The final session was an optional homework one and it was on US military pensions so I decided to skip it and headed to my room to write blog posts and relax before the plenary session at 7pm.  This was by David Rencher on A Look at Genealogy’s Past, Present, and Future. The presentation was very good and David was witty and entertaining so it was well worth making the effort to attend.  So Day 1 was a resounding success – roll on Day 2! 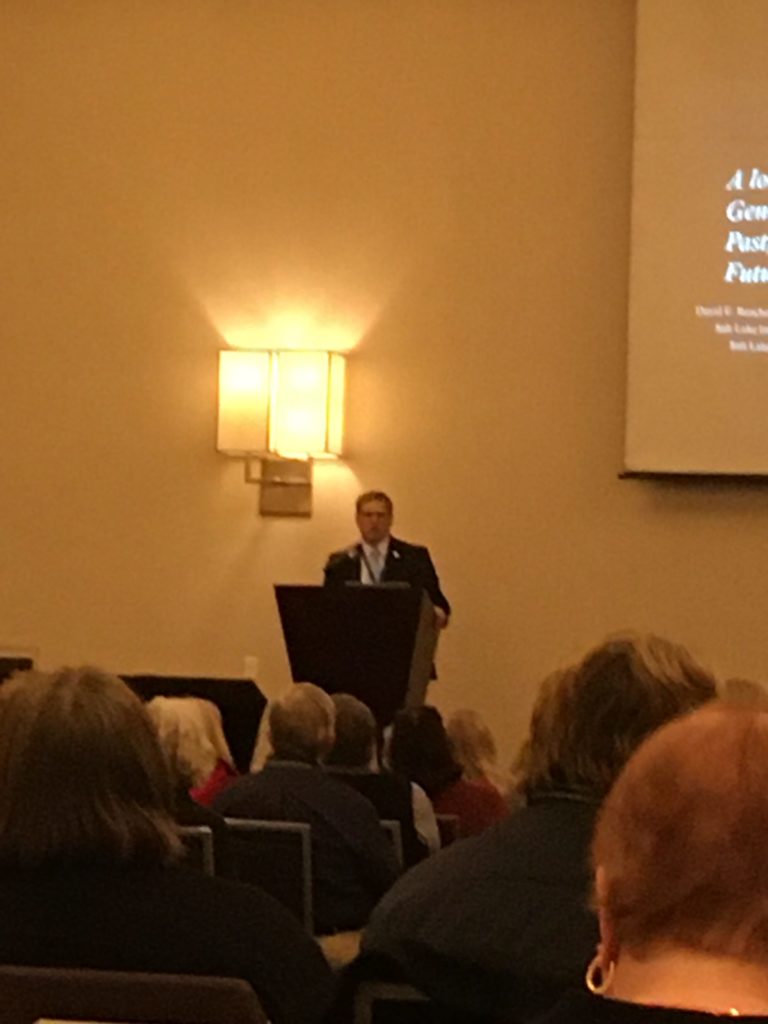