It has been almost 12 years since I was last in the USA.  Kirby and I did a round the world trip with the boys in 2008 and the US – mainland and Hawaii – was the last country on our itinerary. So, while I am only going to one place, this was a trip I was really looking forward to immensely. The QANTAS lounge in Brisbane was quieter than I expected – but with two levels, it does make it easier to find a quiet spot.

I obviously have a ‘look’ about me as once again at boarding, I was selected to undergo the full swab – laptop and iPad out of the bag, shoes off, me and everything else I was carrying. Honestly, how many grey haired old ladies are terrorists or drug smugglers?

The flight left on time and took 12 hours.  However, this meant that we arrived at LAX at 5.30am and the gates could not be opened until 6am – so everyone had to just sit and wait on the plane – very quietly and patiently.  The biggest change I noticed since my last visit was in Immigration and customs.  There are still queues everywhere but this time, it is for the kiosks which take your fingerprints, photo and have you answer some questions. Naturally, given Murphy’s Law in my case, my fingerprint imaging didn’t work for some reason and was given a printout with a big cross on it and told to see an agent. There was a 10 minute wait before I got through.  Apparently, the reason for the big cross on my receipt was because I had a new passport (well it was 12 months old) and my fingerprints were not on file.  I had to go through the process of fingerprinting both hands and have another photo taken.  Once done, it was off to the baggage claim – bags arrived in good time. Luckily I had been given an express connection card which you can get once out of the plane and before immigration.  This is only for those people who have connecting flights within the next 2 hours, which I did.  This breezed me through customs and I was able to get my bags to the bag drop as they had been checked through to Salt Lake City.

The next step to get to my connecting flight involved a walk through the American Airlines section of Terminal 4, and then on to a Shuttle bus which takes you to a regional terminal.  This was a drive across the tarmac of LAX.  Once there, I had to wait for about 40 minutes before then being put on to another bus which had to take you out to the plane!! Once at the plane, it was another wait on the bus as the stairs had not been put in place and the crew were not on board to do their checks. I am always reminded of the Dr Seuss poem The Waiting Place whenever I do these trips.

Everyone is just waiting.

The flight to SLC was half empty and it was quite good except for the last 10 minutes.  The pilot (who looked like he had only just finished high school as did the co-pilot – does this mean I am getting old?) warned us that it would be bumpy because of the snow showers and he wasn’t wrong.  The bumpiness wasn’t a major concern – there are major mountains all around and NO visibility! Still we landed safely without any issues. 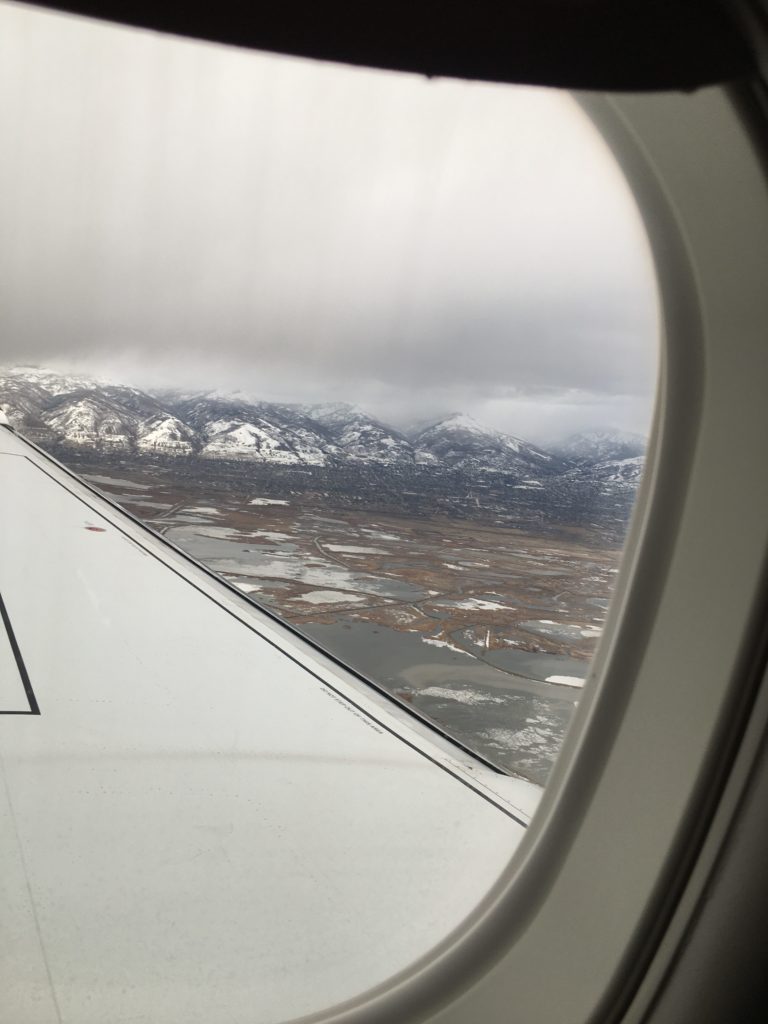 The best thing of course was that when the luggage was unloaded, mine had made it.  I had been worried that there may not have been enough time to get it across to the connecting flight for loading.

I took a shuttle to the hotel which was quite speedy. The city was quite bleak but not quite as cold as anticipated but still chilly.  There were two men on the plane in shorts!!!! – one of whom was an Australian. I had just missed my nephew who had flown out of SLC the night before. He was doing one of his many trips to various ski resorts in the USA and Canada which use a software product he developed with others.

I am staying at the Hilton SLC City Center which is where the SLIGs are being held. My room is clean and a good size and I can see the mountains – well I could if the visibility was better. This photo shows the view from my room directly across the street. 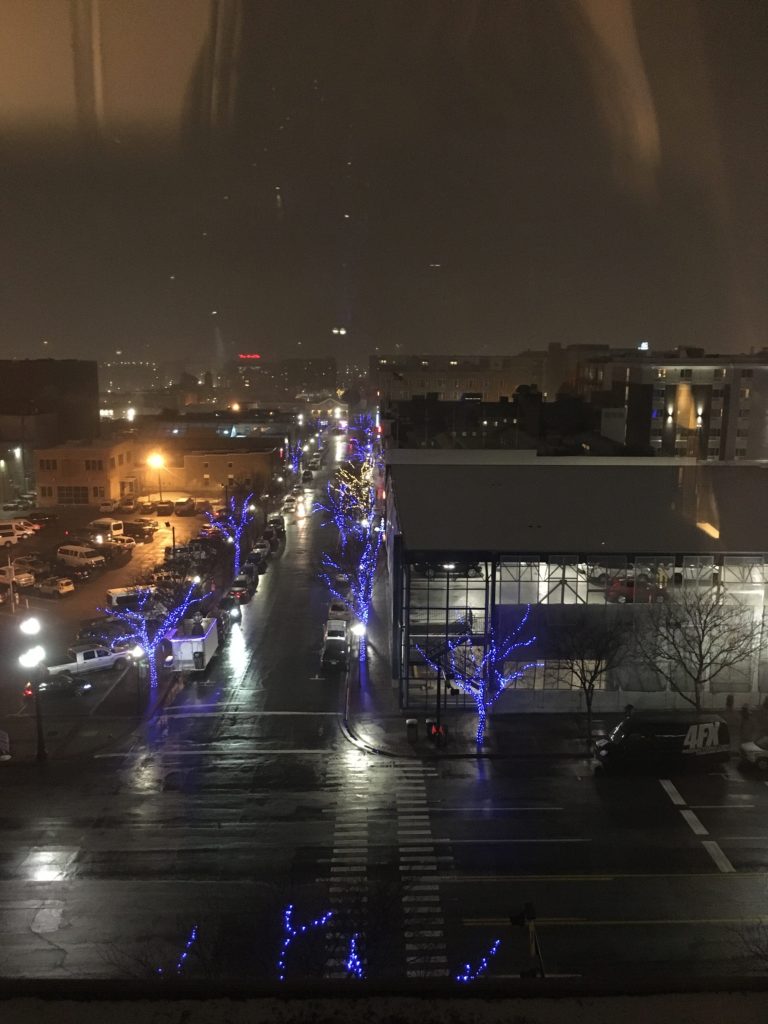 View across the street from the Hilton SLC City Centre