I hardly wrote anything during SLIG academy week so will have to make up for missed posts.  I wasn’t well, am sleeping terribly and the course was quite intense – those are my excuses anyway.  The weather has been great for most of the last week – no snow to speak of and the temperatures (at least for Salt Lake City) have been quite mild. The course coordinator for Writing Client Reports, Angela Packer McGhie, recovered from her flu and came back in on Thursday which was terrific.

I do try not to drink alcohol before 5pm [grin] but thought I might need an early one on Thursday afternoon as Tom Jones did the live editing of writing samples in front of the class.  I had been brave enough to send one in (only 12 out of 24 did – some people are just squibs – without mentioning any names but you know who you are :-)). I was one of the 4 selected and it really wasn’t quite the terrible experience that I thought it might be.

Tom was very kind in his remarks but was quite ruthless in his paring down of what I had written – but have to say that it was much improved.  This was a very worthwhile exercise and I have learnt so much about citations, editing, evidence and proof throughout the whole week.

It was Judy Russell’s last day as she was flying out early in the morning to Florida to do a presentation there so Helen invited a group of us out to dinner at Squatters, a local bar/restaurant a couple of blocks away. 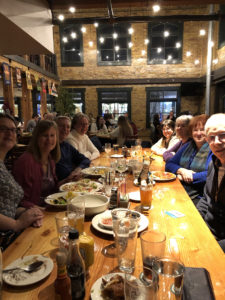 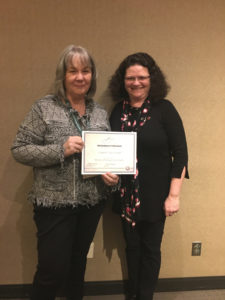 Angela Packer McGhie presenting me with my certificate 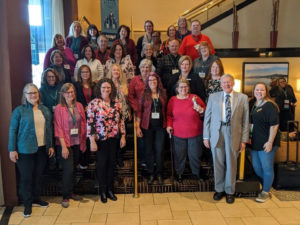 Writing client reports class with some of the presenters

Friday was the final day and we received our certificates. By now, I was ready to just head up to the room to sleep but there was the final formal lunch with speeches and I had booked in for a class after that.  I shouldn’t have bothered with the class as I felt that it was just a waste of time and money.  I wanted to know more about social media marketing etc but it was only about putting your resume up on LinkedIn – something I have rarely used and when I did it was when I was working. 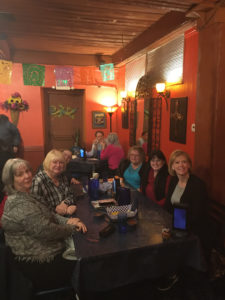 Dinner at the Blue Iguana

A small group of us decided to head out that night to another Mexican restaurant – Blue Iguana – quite close to the Hilton, so the walk was pleasant. The food was OK but not as good as the Red Iguana from the previous week.  Apparently, all 3 Iguanas are owned by members of the same family who have had a falling out – hence one Blue and two Red.

All of this socialising is not good for one’s body – I can feel the kilos piling on and I am sure that I will roll off the plane on March 03. At least I can be a hermit for the next few weeks to some extent – there are a couple of pending dinner invitations.

Saturday morning was terrific – I slept in and then headed down to my free breakfast (I had won a voucher in one of the lucky door prizes given out on Monday morning). I sat with three other people who had been in my course so that was a bonus. Packing was easily done, as was checking out and the Uber ride to the apartment.

The apartment is OK – not as good as some others I have had in London and Belfast. I would have thought that an American host would make sure that the apartments had all of the requirements and while it is quite well set up, it is missing basics like wine glasses, cooking utensils, detergent, hand and shower wash and so on. I know that most apartments are only rented for a couple of days but would have thought that if you know someone is coming in for 5 weeks, then there would be some effort to add a couple of things. Still it is in a great location, close to the nearest shopping centre (which does not open on Sunday), the Family History Library and supermarket. 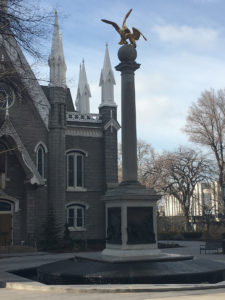 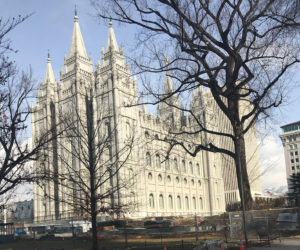 Yesterday I walked to the nearest grocery store, Harmons, to pick up some food and then took an Uber back. Just need to find the nearest place to buy wine – you can get beer at the supermarket but only de-alcoholised wine!

It was a lovely day – the sun was out and I didn’t need to wear my heavy coat.  The Uber driver told me that these temperatures are not normal for Salt Lake City at this time of the year.

I have done two loads of washing, put photos on Facebook, written this blog post and now need to get onto the thesis. Yeah, right!!!