It is a beautiful clear Sunday morning in Salt Lake City as I write this.  The sun is shining and the sky is a pale blue. 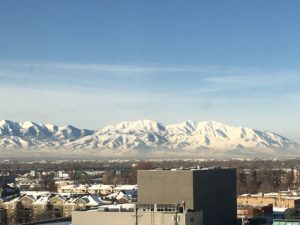 Sadly, however, I have come down with the dreaded SLIG lurgy.  I woke yesterday morning feeling quite unwell – it didn’t help that a brother who shall remain nameless rang my mobile at 12.30am – but eventually I managed to get back to sleep and slept in until 10.30.

I was to go to two courses at the Family History Library and then stay there for extended research until 11pm. I caught the shuttle bus up to the FHL at 12.20pm.  On the way up, I saw the apartment block where I will be for the next 5 weeks after this one – it is really close to the FHL which will be great and isn’t too far a walk from the Salt Lake Palace (convention centre). I wandered around the FHL for a while to get my bearings and then headed into the first session at 1.30pm.  Helen Smith was in the same class too. I was feeling much worse by now and decided that I really couldn’t stay any longer so walked back to the Hilton and collapsed on the bed to sleep. This was the best thing I could have done because after waking abut 9am this morning, I feel much better.

I am going to make today another rest day and catch up on writing and other bits and pieces. The orientation for the second course starts at 4pm with registration and then a welcome function at 5pm.

The banquet on Friday night was OK – salad, followed by roast beef and vegetables and then a cheesecake dessert. I sat at a table with the lovely Pat Richley-Erickson and her husband Gordon, Peggy Jude, Peggy Clemens Lauritzen, Julie Parillo, Melinda Dosch Culpon, Jan Brandt and one other person whose name I did not catch. I have decided that late nights really aren’t for me in my advanced age as I was ready for bed once it finished but I know others who partied on because I heard them in the hotel hallways!! 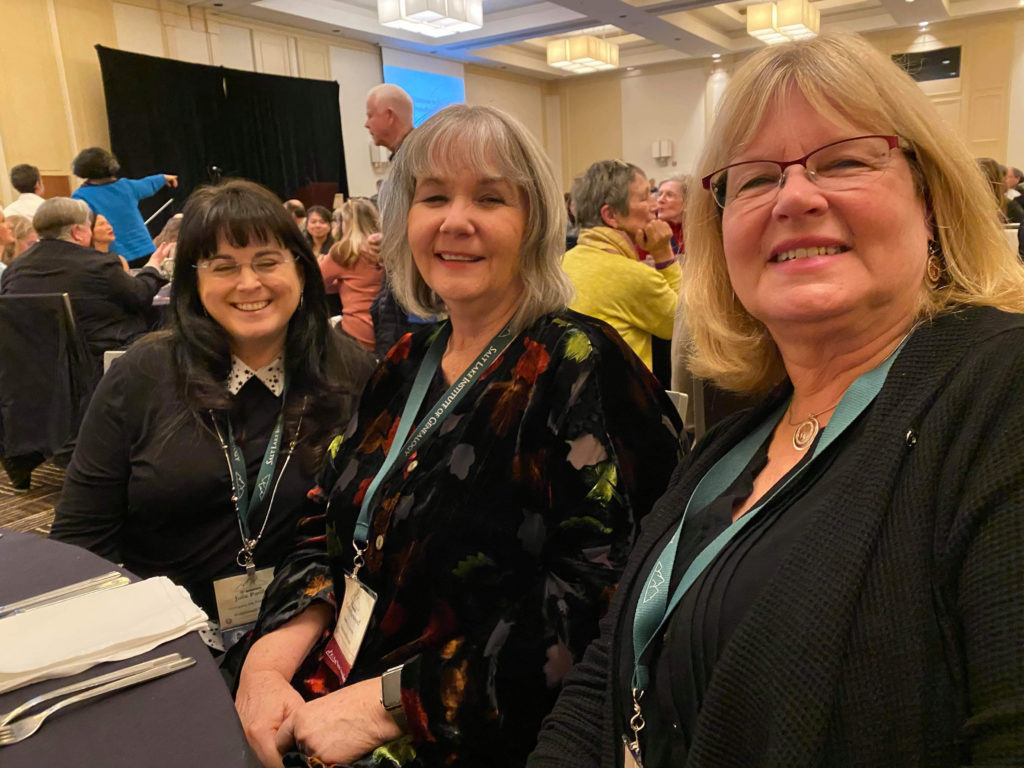 Julie, me and Peggy at the dinner – courtesy of Jan Brandt

The first course was really good – some US centric areas but I still enjoyed them and I got some great ideas about strategies and methods I can use. 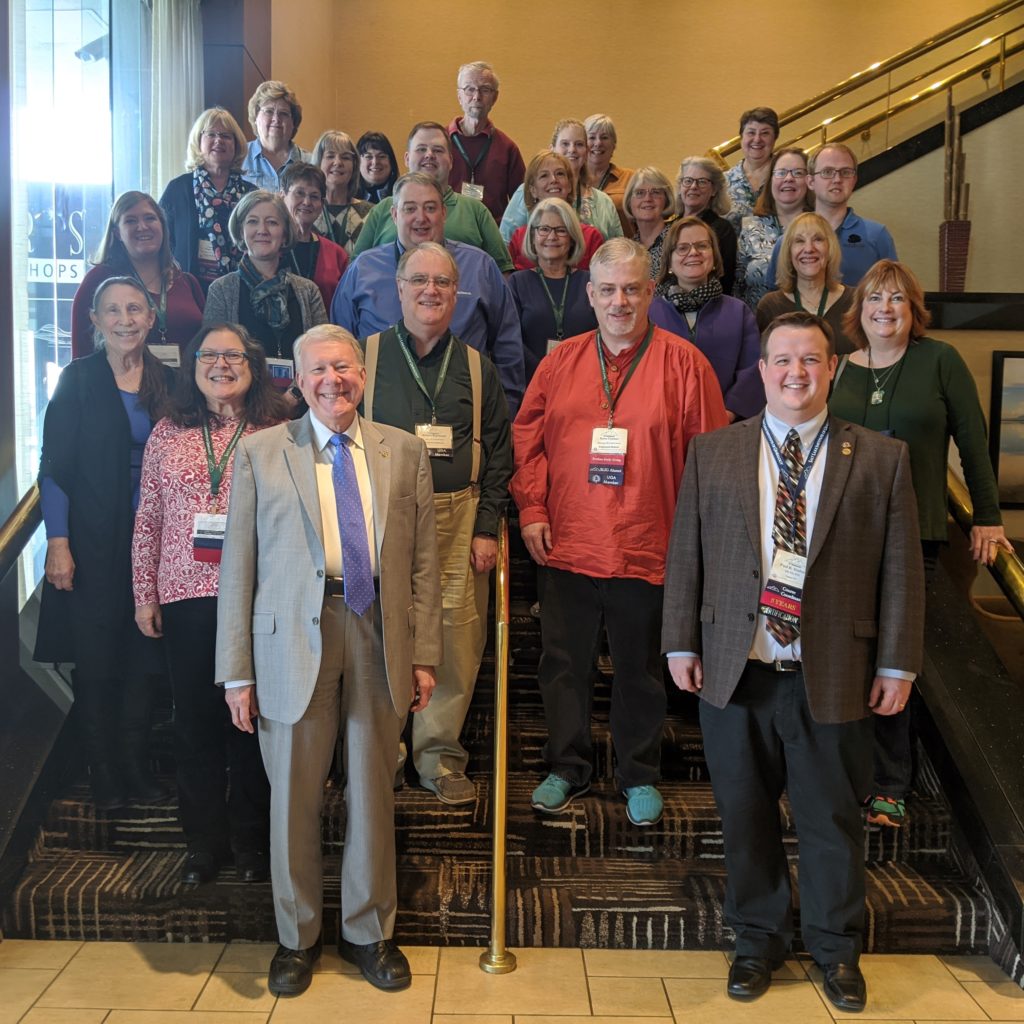 At the last session, when certificates are given out, I made Paul K Graham, the coordinator of the course, an honorary Australian and presented him with an Australian cap with kangaroos on the front.  This was his first time coordinating the course following on from Tom Jones so he had very big shoes to fill but he did a terrific job.  I was thrilled to see that he wore the cap at the dinner that night. 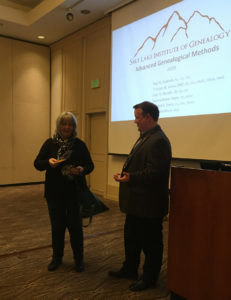 Paul being presented with his cap 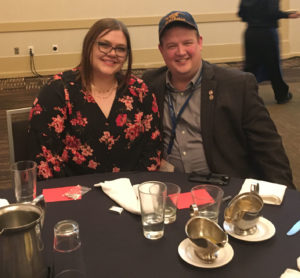 Paul with his wife – he has the cap on!!